Involve Youth > Blog > Features > When We Know Better; We Do Better! 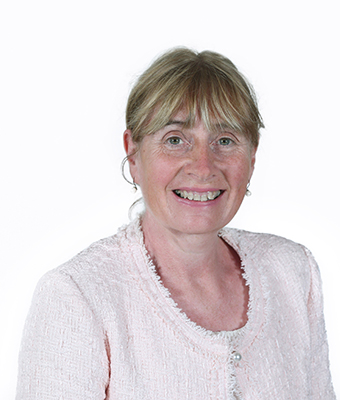 In the midst of all the Covid-19 news, we saw a changing of the guard in Seanad Eireann. Over the month of March, the elections took place for 49 of the seats for the upper house of the Irish Government, and with elections comes the time to say goodbye to some Senators as they come to the end of their tenure.

One Senator who was a leader in trying to affect change for the Traveller community over the past four years was , a lady who lobbied heavily for Traveller Ethnicity Recognition, employed the first Traveller Intern on her team, spoke passionately about Traveller culture and history in education, and acted as an ally and advocate for many. Colette bowed out at the end of March, but not before she gave us the opportunity to have a quick chat with her about her time in the Seanad, the work she carried out, the friendships she made, and what happens next for the shining light in Traveller advocacy.

Senators over the years have championed many social issues, with that in mind, what led you toward the path of trying to affect social change for Irish Travellers?

“By a long stretch, the most disadvantaged group in Ireland is Travellers and that is something I was well aware of before taking my role in the Seanad. When you look at all the hard facts and statistics it’s apparent, and Travellers themselves must be punch-drunk from constantly hearing about the same issues about health, suicide, housing, (and) employment, but with little or no actions taken. I felt it was something I could lend my support to, but in doing so I wanted to reach out to all the key organisations, this of course led me to meeting and recruiting Oein De Bharduin to my team. From there we linked in with the national organisations, the smaller groups as well as individuals who may not have been connected to the larger organisations, so their agenda was my agenda! My position gave us the ability to propose Private Members Bills and obviously, there was a lengthy list of issues which you could have Bills about to address some of the issues that Travellers face on a daily basis. There was also a strong appetite towards the Traveller Culture and History in Education Bill which was driven by many members of the community themselves.”

In your opinion, what needs to change at political level to create a better society for Travellers?

“In terms of the issues that face the community, and there are many, there is an understanding among politicians around racism and discrimination, as well as poverty and exclusion and their impacts on health and wellbeing.  But I don’t think they fully understand the magnitude of the pressures that are on one small community, after all, across Ireland, it’s only around 40,000 people, or as Eileen Flynn has often said “half the crowd of Croke Park on an All-Ireland Sunday,” and yet every kind of pressure is on that community and I feel first of all there was a job to educate the members of the Oireachtas on that alone. I’m always taken by Maya Angelou’s quote, “When we know better, we do better,” but obviously not just knowing, but then acting upon the various issues. For example, there’s a very real crisis in mental health, and the outgoing Minister Jim Daly admitted this, but when you admit there is a crisis, there then has to be a commensurate effort to solve the crisis. All of these issues are in some way interconnected and need to be prioritised in the next Oireachtas and for every Oireachtas. Being a Traveller should not mean that you die way before your time, that your baby is almost four times more likely to die, (or) that you’re seven times more likely to take your own life.  Being a Traveller should be a badge of honour as the people have a unique history which is hugely important for all of us to learn, understand and respect, and cherish.”

Over your years in the Seanad, what would you be most proud to stand over regarding what you helped achieve?

“Everything we do depends on the work carried out by a great many people with you, around you, and behind you. You have a unique opportunity in the Oireachtas to help move things along and be in the background, but the Recognition of Traveller Ethnicity was something that I spoke a lot about along with now TDs, Padraig MacLochlainn and Aodhan O’Riordan. We helped support it and get it over the line, and to see it become a reality was fantastic. It marked the beginning of a new era. But it’s vital that this is followed up with more meaningful actions. The work with the Traveller Culture and History in Education Bill still stands, and we hope that there are more resources put into it to ensure that the history is taught in the school system and taught well. I’m also very proud of the work we carried out on the joint committee where we explored wider Traveller issues and would hope that all of it would continue into the next Government.  It was great to have Oein De Bharduin as an intern, but I would also like to see Travellers working in such roles as being more commonplace and be in the seats of the Seanad as well as behind the scenes driving and informing policy. It was lovely to get to know Oein, he has such a lovely presence and I have made a very good friend in him. We also set up a Traveller Oireachtas group which was cross-party.  That has been very beneficial in helping to build the capacity and links within the parties so that many people are now thinking about Traveller issues and Traveller rights, and will no longer be just voices in the wilderness. It brings the issues to the forefront of the Oireachtas.”

So, what’s next for Colette Kelleher?

“That’s the hardest question. I have decided to take a little breather post-Seanad to think about I will be doing next. Obviously COVID-19 has stopped a lot from happening and we’re all being encouraged to stay at home.  Right now that’s the most important thing we can all do for the people of Ireland, but I did respond to the HSE’s call along with the other 60,000 people, so if anything arises that needs my experience in both the Oireachtas or the NGO sectors, I will be on hand to help if I can help. Beyond that I’ll be looking at the things I was involved with over the years and aid in supporting the issues I was advocating on. I’ll still be there to help if and when I can.

The Will to Succeed

‘Youth Work Works’…But How Are Young People Coping During COVID?